Undoubtedly the biggest and most well-known independent music festival in India is the Bacardi NH7 Weekender, or NH7 as it is also known. It has also operated a wildly successful stand-up comedy stage since 2017. In March 2022, the festival made its way back to Pune in person after a two-year pandemic-induced hiatus.  This November, the festival will feature international acts such as alternative folk group The Lumineers, jazz-pop fusion combo Dirty Loops, rappers JID and Pav4n, rock band Tiny Fingers, as well as hundreds of Indian artists. Dharam Saraviya, the Head of Brand Solutions and New initiatives of Nodwin Gaming, the organiser behind NH7, gave us insight into the highlights, challenges and essence of the festival. Edited excerpts:

NH7 Weekender is one of India’s most iconic music festivals. How would you describe the festival in 3 words or less?

Imagine you are telling your grandkids about the most unforgettable NH7 moments through the years; what would you tell them about?

I would tell my grandkids about the time when their uncle Vishwesh (frontman of band Scribe) proposed to their aunt Neysa from the stage in-between Vishal Dadlani and Pentagram’s set at a vibrant Bangalore edition of NH7 Weekender in 2014! Sharing moments of love with your dear ones, while being soundtracked by our curation of artists is what the festival has always been all about!

If someone is visiting NH7 for the first time – what is the best way to approach the festival? What do you think is a MUST DO?

Get in nice and early – the sunsets are usually breathtaking at that time of the year alongside the clear view of the city skyline from the venue. Our programming is mellow at some of the stages to soak in the sunset. Make sure you drink from the buckets and take advantage of a ride on the giant Ferris wheel to catch a glimpse of the massive scale of production across the festival grounds. The lineup schedules some of the biggest acts alongside each other on different stages at the same time, therefore, the best way to tackle this is to stay where the sound is nice.

Who are some of the acts you are most excited about this year?

It’s tough to pick names as we book all our favourite acts for the festival. JID, The Lumineers, Dirty Loops, and Anuv Jain are some of the highlights for this edition.

The festival has grown from strength to strength in curating local and international artists putting up stunning performances, but the ethos of the festival has remained a constant. Our ethos is to be the ultimate destination for music lovers regardless of the genre of music. It was the first festival at scale in India that put up Metal bands, Folk acts, Electronic acts/DJs, R&B, Funk and Soul bands alongside each other on different stages. And we continue to do exactly that. It allows for a certain cross-pollination of audiences and a lot of discovery moments.

What would you say are the most significant changes to the festival structure?

We have evolved with the times to add a Comedy stage to the festival since 2017 as we saw the rise of Comedians on the touring circuit. Additionally, we have had a bunch of Bollywood acts perform specially curated sets that would speak to festival go-ers rather than average Bollywood fans. Since last year, we have added a Gaming den at the festival where fans can catch a breather and challenge each other to bouts of video gaming while cooling off between performances. In a one-off edition, we had hot-air balloon rides to celebrate the untameable vibe of our co-conspirators at Bacardi! We’re always on the lookout for what would add value to our fans in terms of a complete festival experience and look forward to dabbling with immersive theatre, esports showcases and a whole lot more interactive gaming in the future.

Why is NH7 the ‘Happiest Music Festival’?

At the time of conception, we questioned what we wanted to stand for that best depicted the scale we set out to achieve for the independent music circuit in the country. And instead of going for being the “biggest” festival, we were happy to measure our success by the smiles we put on the faces of our artists, fans, and partners alike. India did not have a festival that celebrated the kind of music we stood for back in 2010, and it was a joyous moment that was best commemorated with the aspiration we set for ourselves as being the Happiest Music Festival! Wherever we go, the goal is to bring a certain joy to people that comes with soul-stirring musical performances and discovering something fresh and new that’s brewing in your backyard.

How has NH7 impacted the cultural landscape of Pune over the years?

The festival was always targeted towards the youth. The curation as well as the price points and ticketing strategy reflect incentives given to college students who believe are part of our core audience. Pune is a hub of colleges and over the past 13 years, the festival has become a pilgrimage of sorts for young outstation kids who experience college life in Pune.

What are some of the challenges of organising an international festival in light of the travel disruptions of the past two years?

It’s exceptionally challenging, to say the least. We’re thrilled to not have any cancellations so far on account of international visas becoming a challenge and we pray it stays that way.

What is one unique aspect of NH7 that audiences cannot experience anywhere else?

The ability to go from a mosh pit with heavy metal breakdowns at one stage to a ‘drum-n-bass’ skank at another stage, while catching a few laughs in between from the comedy stage, in a span of ten minutes, is something unique only to Bacardi NH7 Weekender!

You can book your tickets for NH7 Weekender here. 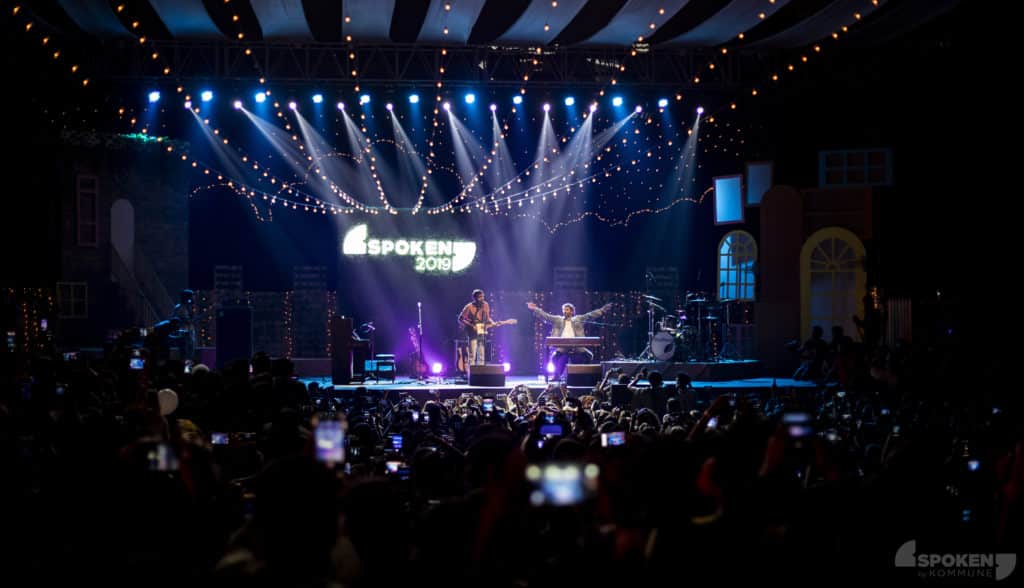 Dust Off Your Costumes, Comic Con India Is Back!

Founder Jatin Varma talks to us about the event’s long-awaited return.