Launched in 2016, Utsavam is the annual arts and culture festival curated and presented by the DakshinaChitra Heritage Museum, in collaboration with the Shreya Nagarajan Singh Arts Development Consultancy. The festival brings together artists, academics and organisers across disciplines such as dance, folk arts, heritage, music and theatre.

Over the years, the event has showcased presentations of Carnatic classical music, Bharatanatyam, and south Indian folk dance and drama forms such as kattaikoothu from Tamil Nadu and yakshagana from Karnataka. Poet Arundhathi Subramaniam, writer and theatre director Gowri Ramanarayan, theatre scholar Hanne De Bruin, journalist Kavitha Muralidharan, artist Laya Mathikshara, koodiyattam practitioner Nepathya Sreehari Chakyar, historians Nivedita Louis and V. Sriram, and Bharatanatyam dance company Vyuti are among the many speakers and performers to have participated in the festival over the years.

Utsavam is based on a different theme every year. Previous themes include ‘Sangeetham and Bharatham’, ‘Women and Goddesses: Myth and Reality’ and ‘Future of the Arts’. In 2022, the theme was ‘Crafting a Women-Centric Future’. The event focused on the launch of the Gwillim Project, which is centred on the artwork and life of two British sisters who settled in Chennai in the early 19th century.

Additionally, the festival sought to highlight multiple perspectives on the achievements of women in India over the last two centuries across class, caste and genres. It celebrated women and female-identifying persons and their contributions in fields such as the arts, politics, business and technology through exhibitions, performances, talks, discussions, screenings and networking events. 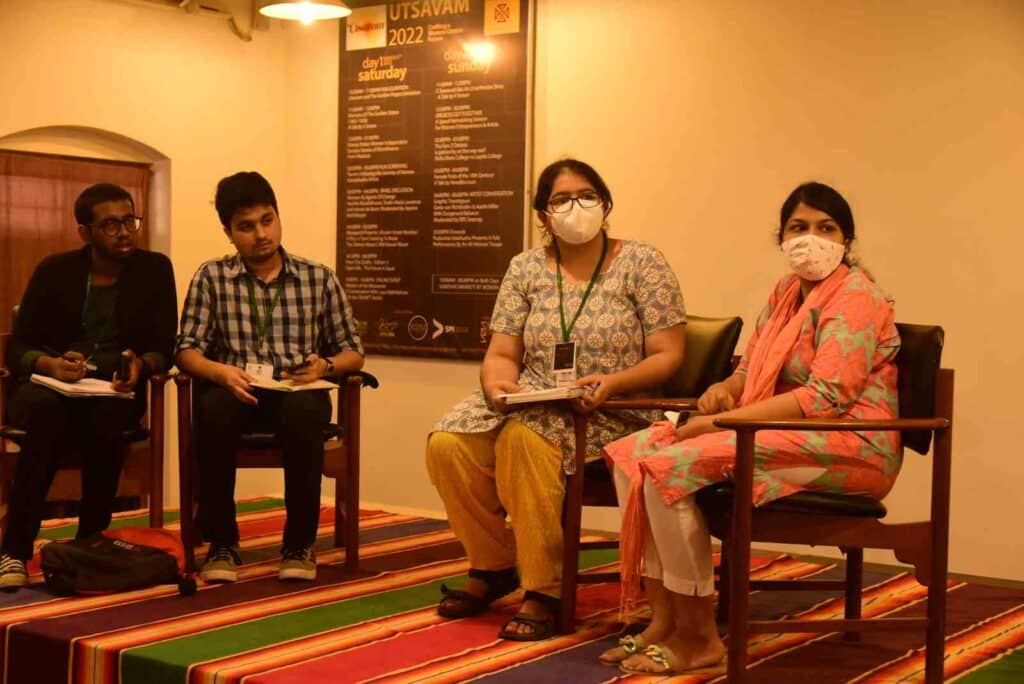 2. By Rail: Chennai Central and Chennai Egmore are the main railway stations in the city, receiving regular trains from major cities such as Bengaluru, Delhi, Hyderabad and Kolkata.

3. By Road: The city is well connected with other cities in India by a road network. Various national highways from Chennai connect with Bengaluru (330 km), Trichy (326 km), Puducherry (162 km) and Tiruvallur (47 km). One can use car rental services or state transport buses.
Source: Goibibo

1. Summer clothes to beat the humidity.

2. Comfortable footwear such as sandals, flip flops and sneakers.

4. COVID packs: Hand sanitiser, extra masks and a copy of your vaccination certificate are things to keep handy. The DakshinaChitra Heritage Museum, opened in 1996, is a cultural centre for the art,…