The inventor of the “world’s first mobile digital movie theatre”

Delhi-based PictureTime DigiPlex, founded in 2015, describes itself as the inventor of the “world’s first state-of-the-art, mobile digital movie theatre”. The theatre, it says, has enabled filmmakers to increase their reach and government bodies and private corporations to advertise their brands and conduct education programmes.

In May 2020, following the first wave of COVID in India, PictureTime DigiPlex built an inflatable field hospital, the first of which was set up in association with Tata Memorial Hospital in Mumbai. Like the mobile cinematic structure, the hospitals could be deployed in any area to increase the capacity of existing hospitals. 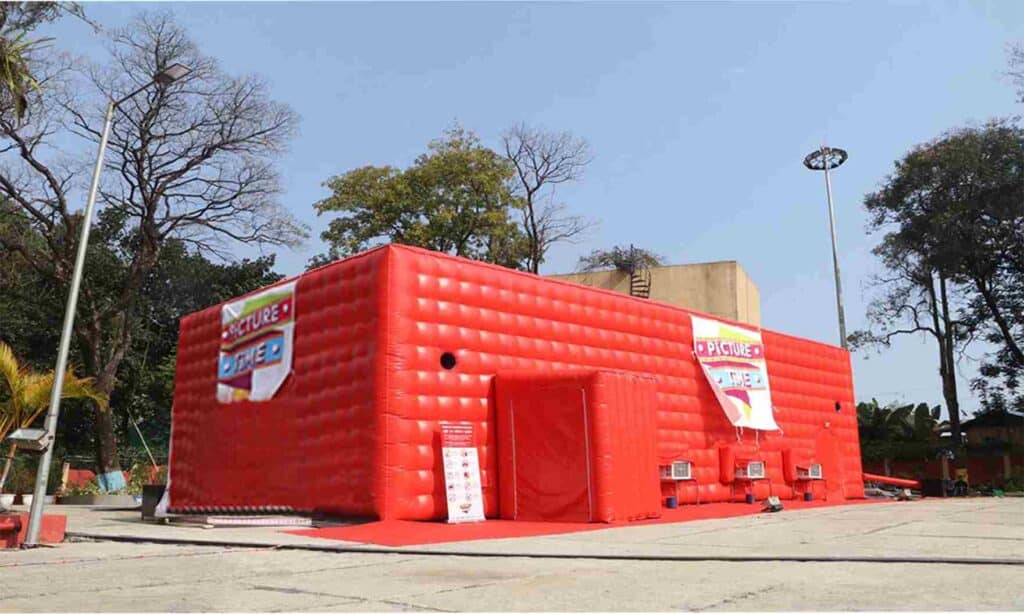